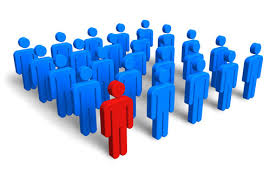 The time has come when the church of our Lord can be clearly defined and stand in contrast to the sin of the world.  Which is what our Lord expects from us, right!  After all the culture and the people in Jerusalem expected a Messiah who would destroy the Roman rulers and establish the Kingdom of God again as in the days of Solomon.  How shocked they were to see the events unfold that resulted in the death of their Messiah.  Jesus’ ministry ran counter to the social expectations.  He came to conquer an empire, he came to establish a kingdom, but the emperor was sin and the empire was death.

Now that the culture has aligned against the teachings of scripture and the love of God in redemption the church can stand out and apart from the culture.  That will only occur if we the disciples of Jesus are willing and ready for this “Time of Distinction.”

The question individually then is are we willing to be distinct, different, ready to take a stand.  According to many polls Christians are divided on biblical marriage with many choosing to take the position of the culture.  Willingness means a personal commitment to the authority of God’s word.  The question then about willingness becomes a question about submission to God’s word.  God has always demanded his people be distinct and different from the culture.  In the Old Testament when God chose the people of Israel he gave them laws to follow to worship him.  The laws including the food laws and circumcision were to mark off his people as distinct and different.

The second question if we are willing are we ready to be distinct.  Being ready means being prepared to stand as distinctive and different.  This involves being ready in the word.  If we are committed we must be ready to let the word of God shape our lives, opinions, and actions.  This does not mean we are to be ready to stand in rallies and shout chants, to respond in social media with misrepresentations of scripture, or to speak words of anger, bitterness, or judgement about other sinners.  Jesus wants sinners to be saved.  I am blessed to be among those that are saved by recognizing my sin and accepting the atonement of Jesus.  Why would we want to deny anyone the grace that we have received.  To be the vessel of grace for others we must commit to being ready.  To study and pray for others and ourselves that we have the courage to stand in the gap for those who are lost.

God has given his people the church an opportunity to reach the lost like no other time in American history because the lines are no longer blurred.  There is a clear distinction now between those that love God and their neighbor and those that love themselves.  Disciples of our Lord are to be foot washing servants, slaves to Jesus even while the foot we are trying to wash is kicking out us constantly.